Years ago Jenny was running full speed across the upper loft of the haymow toward her special escape route. A competitive game of tag had her cousin right on her heels. Jenny grabbed her usual wooden cross beam swinging her body out over the horse stall thirty feet below. Her foot landed on the next beam down as planned, to begin her decent and escape. Problem!

She was still wearing her church shoes instead of her trusty play shoes. Instead of sliding down the beam at a controlled pace, her foot slid right off, she lost her grip, and launched into the open air falling to the cement floor below flat on her back. 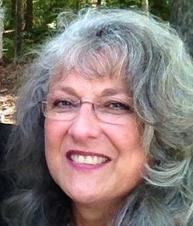 Stars everywhere mixed with yelling voices, she tried to get up and make it to the house. Find out how this story ends in her next book.

Mischief could easily be Jenny’s middle name… In Indiana they said she had a bit of an ornery streak...  Either way, despite struggling in school with learning disabilities, dyslexia, and constant muscle pain Jenny was encouraged to live life to its fullest, focusing not on her struggles but on what she could do. Jenny lived life full speed, determined to explore every possible trail, looking for the next adventure.

​In 1970 with Jenny’s heart deeply rooted in the rich soil of Indiana farm life, her family moved to Tucson, Arizona. She struggled in planting new roots in the dry Tucson desert without her horses and extended family.

In 1979 a handsome surfer from Hawaii got caught up in a really big wave off the North Shore of Oahu. He washed up on the Arizona desert floor, soon to meet the woman of his dreams. Sid Beauchamp came with his seven-year-old daughter Shannon, shorts, flip flops, and a surfboard. They married in 1980, and added the surfboard to Jennifer’s items which kept her feeling close to her roots. She had her great grandfather’s corn-sheller in the living room standing next to an old roll-top desk from the Pennsylvania Railroad station in Logansport, Indiana, where both her great grandfathers worked in their younger years.

Sid and Jennifer rejoiced two years later when their son, Shane was added to the mix of barn shovels, pitchforks and surfboards in a home they called “The Beauchamp Cabana,” with windows facing the pool and a lush green backyard.  Jennifer says, “It’s how you keep a surfer happy and living in a desert for over 30 years.”

Today (2015) you will find that surfer being pulled behind a boat riding the wake in Lake Norman, North Carolina. Prayers were answered for guidance and a clear direction on whether to move from Arizona.  Their life exploded with job offer's, moving, a new "Lake House Cabana", with their son Shane, wife Sarah, grandchildren Faith and Logan just down the road.  Faith rides that same Hawaiian surfboard behind Grandpa's boat. Grandma Jennifer is back in elementary school once a week helping in both of the grandchildren's classes.  Jennifer and Sid's new adventures still include their Chihuahua Tiki Torch who loves the big grass yard!

Step-Daughter Shannon, still lives in California. Granddaughters Alex a graduate of LSU is now in graduate school in San Diego, Cassidy has finished beauty school, and has joined the working force. Kainoa and Makana still busy at home with their father David and going to school. Their California trips are greatly missed.

The grandchildren’s absence from Jennifer’s day-to-day life inspired her to start translating her memoirs and crazy adventures into her first children’s book, "Mischief on the Farm". Her passion is to share the simple, fun life she enjoyed with her sister Joy, and brother Jay exploring the farm with wild imaginations twisted with streaks of orneriness.

Jennifer's second book "Whose Forest Is It?" was co-written with her brother Jay after he enjoyed a beautiful bike ride on Hunting Island, South Carolina.

Jennifer has many other projects in different stages of completion as she continues to "Keep Writing".

Yes, Grandma really did do that.